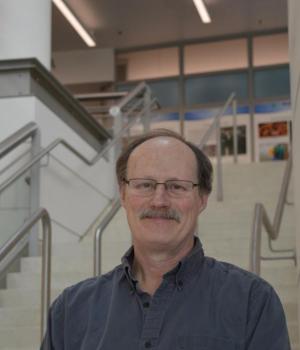 Using tools of molecular genetics, ecology, and physiology, researchers in my lab focus on examining the roles of microorganisms within their communities and the effect of the surroundings on these microbes' activities. Current research focuses on four research areas:

The nitrogen and sulfur cycles of a closed marine recirculating aquaculture system biofilter. (Supported by a grant from the US-Israel Binational Agriculture Research and Development Fund.)

Using a combination of molecular microbial ecology tools and basic microbiology enrichment strategies, we are studying the nature and role of microbial communities involved in nitrogen waste removal in a marine recirculating aquaculture system (RAS). RAS is a generic land-based design that operates in a fully contained, controlled, biosecure, contaminant-free and sustainable manner with an environment-friendly near-zero waste discharge. Developed in collaboration with Department of Marine Biotechnology faculty as well as aquaculture scientists in the U.S. and Israel, the system relies on the continuous circulation of culture water through a microbial-based biofilter configuration that promotes removal of ammonia waste (generated by the fish and uneaten feed) and other toxins. Our focus has been to identify key bacteria in different functional compartments of the biofilter; communities important in nitrification, denitrification, and anammox (anaerobic ammonium oxidation) processes have been characterized, and we have identified many of the gene-encoding enzymes involved in driving these processes. Currently, we are studying the microbial physiology and ecology of a sulfide-dependent autotrophic denitrification activity that is stimulated by the high sulfate in seawater. This process is part of a sulfur-based oxidation/reduction cycle established in anaerobic RAS compartments that drives both organic waste digestion and nitrate reduction. One objective is to develop molecular-based probes for use in evaluating many aspects of the biofilter system's microbial activities. This will aid in understanding both factors important for system optimization and those that can be used to predict system failure.

Nitrogen fixation in the gut of a wood-eating (xylophagous) neotropical catfish. (Supported by a grant from the National Science Foundation).

The ability to fix molecular nitrogen is a characteristic that is unique to representatives of Bacteria and Archaea and is manifested either in an autonomous state or as a consequence of intimate interactions with specific eukaryotic hosts in a symbiotic relationship. Many host-symbiont systems are known among the lower eukaryotes, and relationships have been identified in lower invertebrates as well as higher invertebrates such as wood-boring bivalves and the hindgut of wood-feeding termites. In general, symbioses are mutualistic, with symbionts receiving host metabolites as well as protection. Nitrogen fixation symbiosis has been identified in diverse habitats and, while all partnerships are centered on the activity of the nitrogen-fixation apparatus-nitrogenase-host-symbiont associations differ with respect to physiological and morphological features of participating individuals. We have been examining the mechanisms involved in the ability of the catfish, Panaque nigrolineatus, to grow on a wood-only diet. Belonging to the Loricariidae family, Panaque have been found to not only consume wood in their native habitats, the neotropics, but also will extract energy from and grow on a wood-only diet in the laboratory. This is the only example of wood-eating behavior (xylophagy) in bony fishes. Since wood is depleted for both organic and inorganic nitrogen compounds it is not surprising that we have found that Panaque harbors many nitrogen-fixing microorganisms, including those similar to ones associated with the termite gut. With collaborators, Dr. Joy Watts at the University of Portsmouth (UK), and Dr. Jay Nelson (Towson University), the aim of our research is to understand the relationship between nitrogen fixing microorganisms found in the GI tract of P. nigrolineatus and its ability to grow on a wood-only diet.

The use of probiotic bacteria in oyster larvae hatchery and their interaction with bacterial pathogens. (Supported by a grant from NOAA's Living Marine Resources Cooperative Center.)

There is a critical need to develop strategies to control microbial pathogenesis in aquaculture as bacterial diseases are the primary cause of death, especially in shellfish larviculture. One approach is to incorporate beneficial bacteria-probiotics-into larviculture systems that promote protection mechanisms against the activity of harmful bacterial pathogens. With our collaborators, Dr. Gary Wikfors and Ms. Diane Kapareiko at the NOAA Fisheries Northeast Fisheries Science Center in Milford, Conn., we have been using molecular and biochemical tools to study several probiotic bacteria that have been shown to not only stimulate growth of American oyster, Crassostrea virginica, larvae but also provide protection from the activity of a bacterial pathogen. We are using molecular-based approaches (denaturing gradient gel electrophoresis, real time PCR, fluorescence in situ hybridization) to examine the interaction of oyster probiotic strains and pathogens during the course of infection in order to understand how each interacts with the host, the host's microbial community, and with each other. We have been developing species-specific molecular tools to quantify the number of probiotic and pathogen bacteria present during the course of infection and our objective is to use these tools to determine how long each bacterium is maintained by oyster larvae as well as provide insight into where they may act.

Developing molecular tools for examining the biochemistry and physiology of the Planctomycetes.

The Planctomycetes are a distinct phylum of the Bacteria that are related to the deep branching Verrucomicrobia and Chlamydiae. They are found in aquatic (freshwater and marine) and soil environments as well as part of the microbial consortia of the gut flora of many mammals and fish. Members of the phylum reproduce by a distinctive budding mechanism and are characterized by an absence of peptidoglycan, the presence of specialized compartments-including one that appears to enclose the chromosome-and membranes composed of cyclobutane-containing ladderane lipids. Furthermore, genome sequencing studies have shown that many members of the phylum possess parts of the methanogenesis pathway of Archaea and methane-oxidizing pathway of several methylotrophs. Finally, a subgroup of Planctomycetes possesses the unique ability to carry out the anammox activity, which is an important pathway in the biogeochemical nitrogen cycle. Thus, while the Planctomycetes are important in the understanding evolution, ecology and cell biology of this group of bacteria, molecular studies of these very interesting bacteria have been hampered by the absence of molecular based tools that could be used to take a genetic approach to their characterization. To that end, we have developed a transformation procedure using Planctomyces limnophilus as our model organism and have been able to create mutants with lesions in a variety of genes. We are currently developing a suite of reporter tools and antibiotic resistance markers that will enable us to address key aspects of Planctomycetes molecular biology.