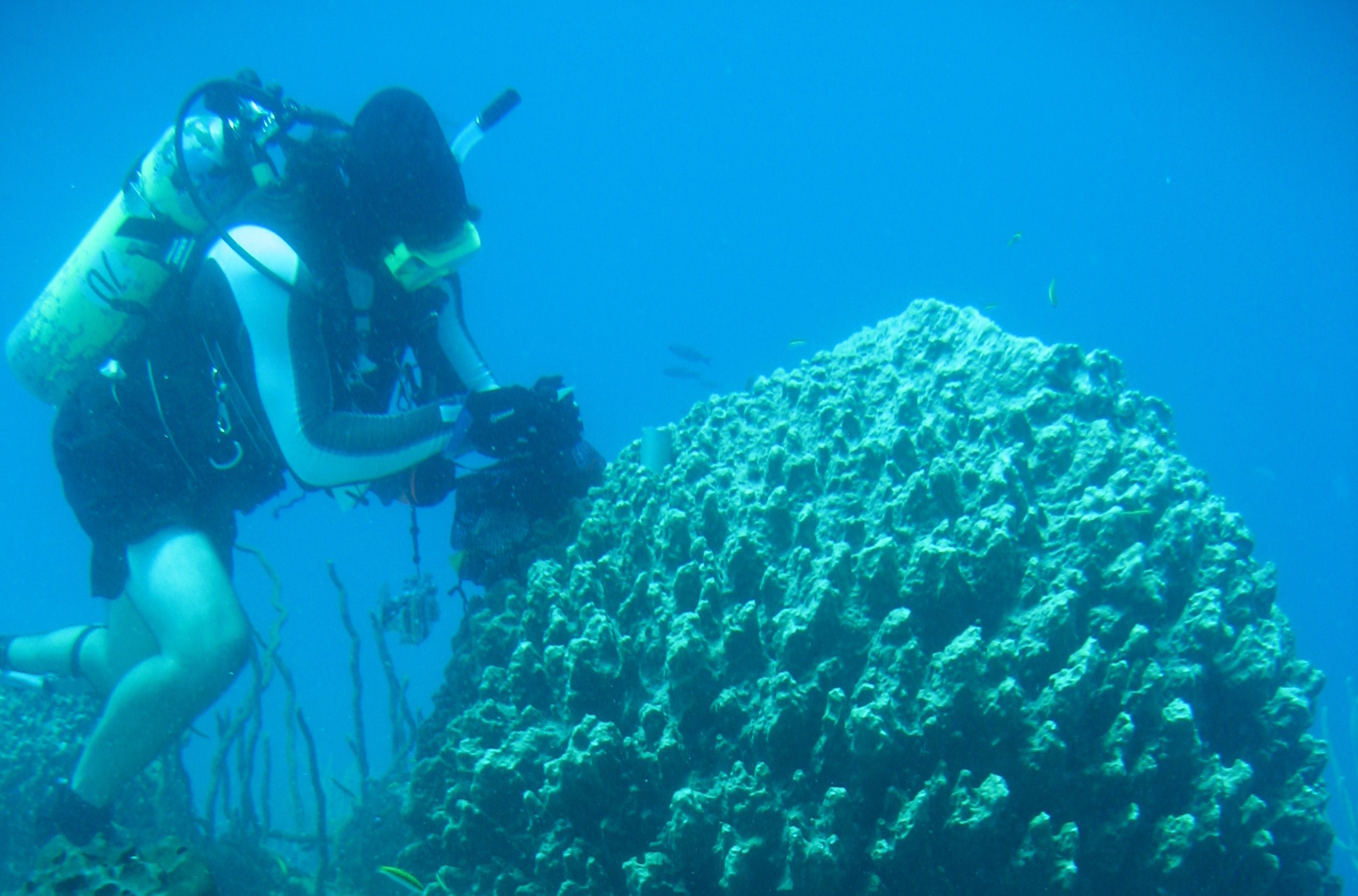 At IMET, we prepare graduate students for a wide range of careers, including academia, industry, entrepreneurship, and government. Jan Vicente received his Ph.D. at IMET in 2016, having been fully funded by the NOAA Nancy Foster Scholarship and the NOAA Living Marine Resources Cooperative Science Center. He was awarded a National Science Foundation (NSF) postdoctoral fellowship that was a direct continuation of his research on marine sponges and their ecological roles.

As part of Jan Vicente’s work as an NSF postdoctoral fellow, he dives at reefs across the Hawaiian Island Archipelago and collects samples of marine sponges in order to build a reference database of species. This database consists of genetic data linked to morphological characters of species which will enable managers to detect the arrival of invasive species to the islands through advanced sequencing technologies such as metabarcoding of environmental DNA (eDNA). Invasive sponge species have been arriving in Hawaiʽi’s harbors for over 60 years, some of which have become more dominant over native species and even competitors against reef building coral. Therefore, building a reference database is the first step for early detection of invasive species.

Jan’s current research builds on his experience as an IMET Ph.D. student studying sponges in the lab of Dr. Russell Hill. Some of the key questions he was asking then are the same that he is asking now: What are the characteristics of different kinds of sponges? What are their ecological roles? How will they be impacted by changes to their environment? His dissertation was titled “Sponge mutualism in the face of climate change.” Jan documented the symbiotic relationships between three newly discovered sponge species and the ways in which they were affected by climate change.

Where Jan’s Ph.D. work focused intensely on five sponge species, he now encounters an incredible diversity. When asked his favorite part about this position, he responded, “I get to document and witness dozens of new sponge species records and ask questions about their ecological functions.” Some of these new species come from a project that uses Autonomous Reef Monitoring Structures (ARMS), which provide surfaces on which marine sponges can settle.

After two years in the water, the ARMS is covered in hundreds of invertebrates including sponges. On one of these plates, there were 15 sponge species, most of which were new records for Hawaiʽi. The volume of unknown, unstudied sponge species highlights the importance of Jan’s work. We don’t yet know what organisms are living in the water, which makes it hard to quickly identify potentially harmful invasive species. With the database Jan is building, managers will be better equipped to identify and respond to marine invasive species.

The database he and his team are creating includes molecular barcodes, or genetic sequences that uniquely identify a species. These barcodes can be used to identify a species even if there are only fragments of a sponge present in a sample of water. One of the primary ways that marine invasive species spread is through ships’ ballast water, which is carried between ports in different environments. With the sponge database, ballast water could be analyzed using eDNA metabarcoding to see if there are invasive species riding along in boats to Hawaii. By providing an early detection tool, Jan’s work may also promote better management of incoming ballast water from foreign ships.

Throughout his graduate studies and in his current work, Jan has been a mentor to other scientists. “The most memorable experience at IMET was being a mentor through the Hill Lab’s Summer Microbiology and Research Training Program and IMET’s summer program for undergraduate students,” he said. “These experiences allowed me to mentor young undergraduate students and motivate them to pursue a career in STEM fields.” He currently mentors graduate students and interns in his lab, serves as an instructor for a summer research program for local Hawaiian high school students, and recently helped a current IMET student, Lauren Jonas, design her thesis project for her M.S.

Lauren said of her experience working with Jan in Hawaiʽi, “One skill that Jan shared with me while in Hawaiʽi is conducting quality fieldwork. My most memorable times with him were in the water, snorkeling or scuba diving, and finding unique species of sponges in Kāneʽohe Bay. He is an incredibly powerful swimmer (really hard to keep up with), and could dive down and show me things on the reef I would have overlooked.” While Lauren had to trade scuba diving in Hawaiʽi for lab work at IMET, she said she still turns to Jan for advice. “He is the type of person I can call on the spot with a quick question or talk about a big upcoming decision I need advice on. He is deeply caring and thoughtful when it comes to giving advice, and he is such an incredible person to have in my corner."