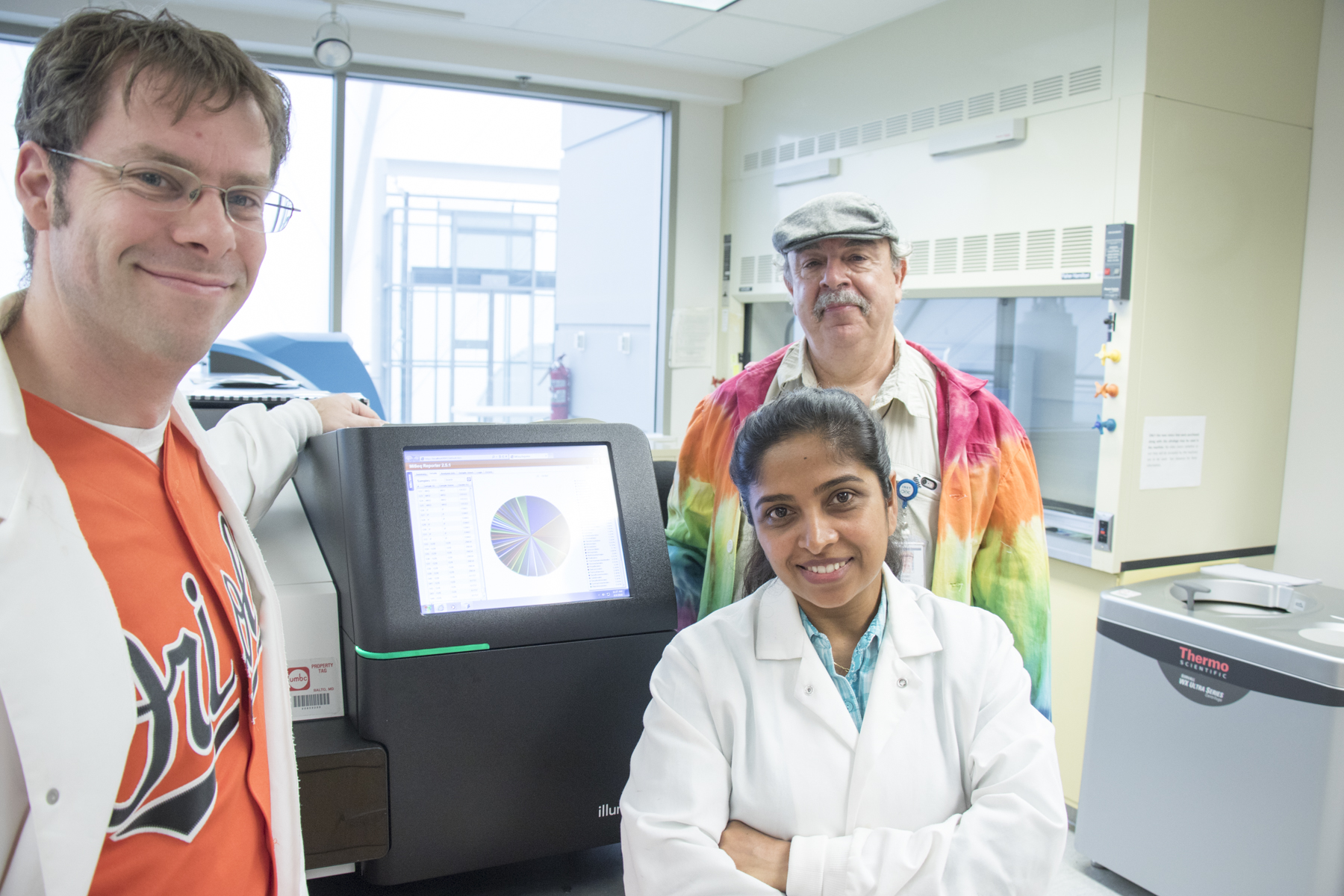 DNA is the building block of life and the Bioanalytical Services (BAS) Laboratory is a major building block of research at IMET. IMET scientists work on an incredible breadth of research, from developing feeds for fish in aquaculture to investigating the immune systems of sharks to growing algae for biofuel. Still, one thing that nearly all of our faculty, staff, and students have in common is that they rely on the BAS Lab because it provides DNA analysis that is crucial to scientific work on any living organism.

The BAS Lab was established as a core facility at IMET in the early 2000s to provide DNA sequencing services. Sequencing provides information about a sample’s DNA, which determines what proteins an organism will make and how it will grow and develop. One scientist may use sequencing to determine what kinds of bacteria are present in the water. By comparing the genetic code they receive from the BAS Lab to a known library of sequences, they can determine if the bacteria are pathogenic or harmless. Another scientist might be trying to replicate an experiment on a particular microscopic organism. The scientist can check the sequence to verify that there are no genetic differences between organisms used in each trial of an experiment. These scientists bring their samples to the BAS Lab and a few days later, they receive a computer file with a long string of A, C, T, and G, the four nucleotides that dictate how organisms grow and develop.

Sabeena Nazar was the first hire for the BAS Lab and she has continued to manage it along with Dr. Allen Place for the past sixteen years. As sequencing technology has developed, the BAS Lab has expanded its services to sequence organisms with larger genomes and to provide higher quality data. These services have enabled researchers to answer new questions and to conduct cutting-edge research.

Sabeena process samples for IMET faculty and students and for outside clients. She finds it most rewarding when her work makes its way into the thesis and dissertation defenses of students. “I know that I am a crucial employee because the scientists need BAS Lab data to proceed in their research,” she said. “I get a lot of job satisfaction from seeing that my work is promoting other people’s research.”

Ernest Williams, a student and senior faculty research assistant at IMET, agreed that the data Sabeena produces is essential for the research of many at IMET. “Not only does she aid in data acquisition, but also in protocol design as an expert in a variety of molecular techniques,” he said. This expertise is highly valued as students are developing their thesis and dissertation projects and figuring out how to use data from the BAS Lab to advance their research.

The value that the BAS Lab provides extends beyond the walls of IMET. Sabeena processes samples for researchers at IMET’s partner institutions. For example, UMCES scientist sought BAS Lab services to study ballast water from ships on the Great Lakes, enabling them to see what kinds of invasive species might be carried into this environment. The BAS Lab also provides services to local researchers and businesses, promoting scientific advances at IMET and beyond.

If you are interested in learning more about the services that the BAS Lab provides, please click here.