Eric Sibanda is a high school intern in the Schott lab at IMET. He recently won 1st place for his research topic and an outstanding poster design at the Baltimore Science Fair. His project was titled, “Effect of Ethanol on Infectivity of a reo-virus in Blue Crabs, Callinectes sapidus.”

Eric Sibanda learned a lot from interning in the lab of Dr. Eric Schott. He gained lab skills like pipetting, making gels, and homogenizing samples. He also learned how to care for crabs being used for research by checking conditions like salinity and temperature and changing their water. He learned about the way that the blue crab reovirus replicates and affects crabs. Presenting at the Baltimore Science Fair helped Sibanda develop other skills that are important for a scientist: communicating research to others. Reflecting on his experience at the science fair, he said, “I learned that research is not just applied in a lab, but has to have some application for how it will benefit others in the future.”

Sibanda’s project focused on developing a better understanding of how ethanol affects the blue crab reovirus, and it has several possible broader applications. Alcohols are often used to inactivate viruses so that they are no longer infectious. However, no study had specifically looked at whether ethanol is effective in inactivating the blue crab reovirus. Alcohols are also sometimes used to preserve genetic material in biological samples, and it was of interest whether preserved samples would also retain their infectivity.

While this virus is not known to create significant mortality in wild blue crabs and does not infect humans, it is an important part of the research in Dr. Schott’s lab. Analysis of the virus is helping Schott better understand how blue crabs move throughout their life. And while the virus doesn’t seem to harm wild blue crab populations, it is tightly associated with death of crabs in soft crab aquaculture.

Depending on how ethanol affects blue crab reovirus, it might be used to decontaminate surfaces that come in contact with the reovirus, or to preserve reovirus in blue crab samples for further research. Given the significance of blue crabs in Maryland’s culture and economy, it is important to understand their life history and consider how they might be raised in aquaculture. Sibanda’s project is one piece in that puzzle.

After several months of lab work, Sibanda found that ethanol inactivated the blue crab reovirus. This means that surfaces can be decontaminated using ethanol, and that blue crab samples should not be stored in ethanol if they are going to be used in studies of live virus. This is an important scientific takeaway that will help research in Schott’s lab. Just as important are all those skills that Sibanda developed. Sibanda has varied interests, including music and aerospace engineering, but says, “[In college,] I want to continue studying the topic of blue crabs and take a step further in investigating viruses that are infecting other marine animals.” 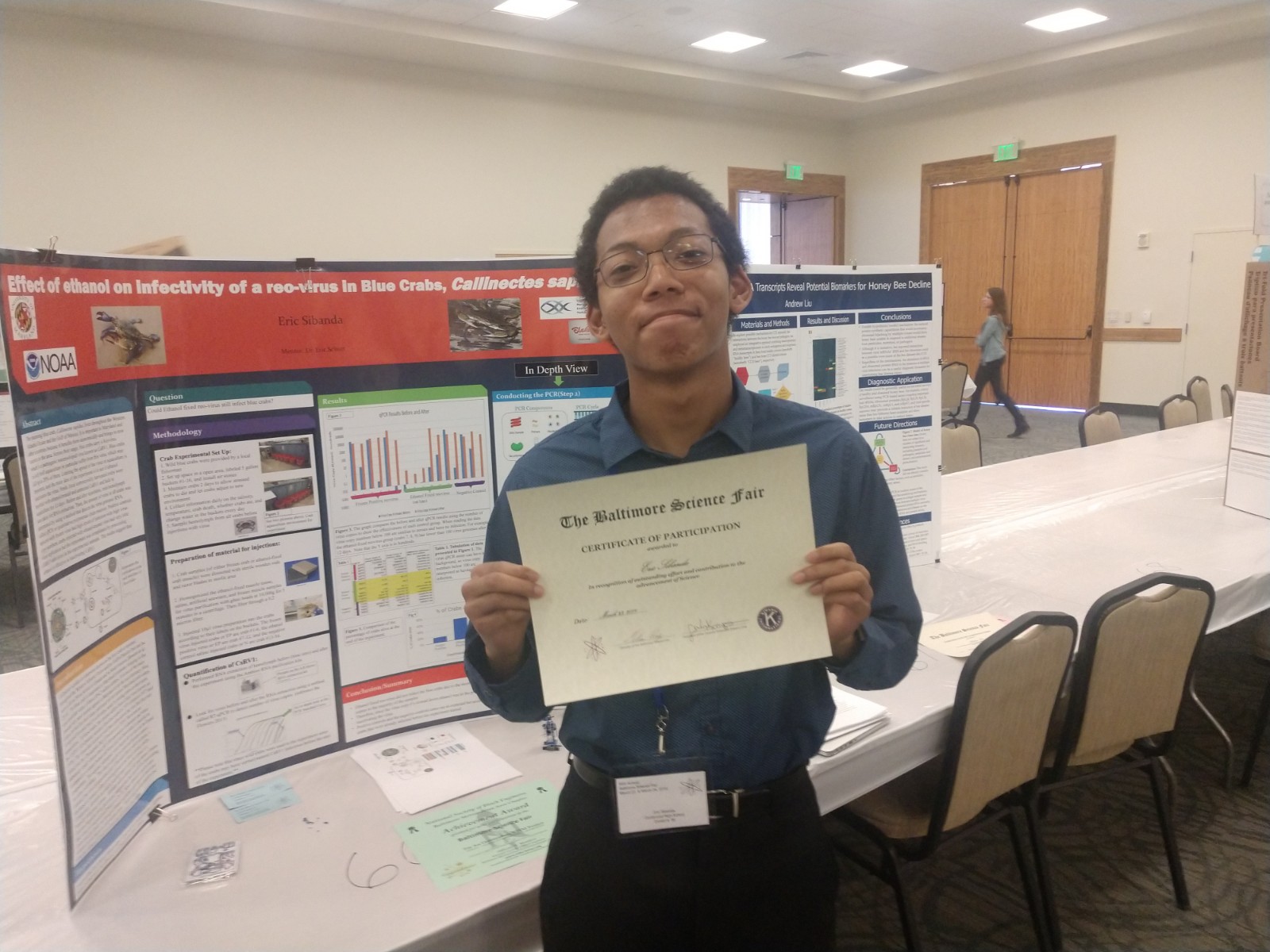