This winter, University of Maryland Center for Environmental Science (UMCES), alumnus Ryan Powell ’14 and his company Manta Biofuel partnered with his alma mater to test out a heating oil blend made of a carbon-neutral and affordable biofuel made from algae in a boiler on its Horn Point Laboratory campus.

Powell first began developing the technology as a graduate student in the laboratory of Professor Russell Hill at the Institute of Marine and Environmental Technology (IMET). Algae is widely considered an ideal plant for biofuels because it grows quickly and has a high lipid content. It is carbon-neutral because the algae take up carbon as they grow, offsetting the carbon released as they are burned. However, the cost of production has been a barrier to widespread adoption. As a graduate student, Powell applied his understanding of microbiology to overcoming that barrier.

“He discovered a technique that could revolutionize the algal biofuel industry by harvesting algae cheaply enough to produce algal biofuels economically,” said Hill, who now serves as an informal science advisor. Using magnetite particles, Powell can now efficiently harvest algae grown in large ponds, something that was very expensive before his discovery.

“Other companies have failed to produce biofuels cheaply enough because they grow algae in expensive, highly-controlled environments. This approach isn't economic or scalable,” said Powell. “Our approach allows us to scale production with independent farmers. We’re farming algae, instead of manufacturing it.”

Powell had made an important scientific advancement and decided that he wanted to make sure his technology made a difference in the world. “The traditional path in academia is publishing something in a scientific journal and you hope someone picks it up. I wanted to do the work to bring it to life,” he said.

To bring his technology to life, Powell needed to learn business skills not typically taught in a graduate science program. During the final years of his Ph.D., a new program called the Ratcliffe Environmental Entrepreneur Fellowship (REEF) launched at IMET to teach those very skills. Supported by the Philip E. and Carole R. Ratcliffe Foundation, the program leads students through developing a business plan, market assessment, registering patents, and securing funding. Powell was in the first class of students and was one of the first two fellows, receiving mentoring and financial support.

“The Fellowship came with a stipend that allowed me to work on the company full-time. I turned that one-year salary of $40,000 into close to $4 million right now. It was a really good springboard,” said Powell. Since graduating, he has been awarded funding from the U.S. Department of Energy, the Small Business Innovation Research program, and the State of Maryland’s TEDCO, and the University of Maryland’s MTech programs.

Proving Manta Biofuel’s algal crude oil, which has similar composition to that of other fuel oils, making it largely interchangeable, is the latest step in a long-term plan to develop the company. The algae were grown at Manta Biofuel’s 15 acres of ponds in Thurmont, MD. Soon, with a new facility in Texas, they will scale production to 1400 acres and further refine their process. Eventually, they plan to lease or sell the harvesting equipment to farmers, following a model widely used for agriculture in the United States.

Manta Biofuel’s technology will be one part of a green energy transition and this test was an important step in verifying that their technology will work for end users. “We are proud to see Manta Biofuel’s progress under the leadership of one of our UMCES-IMET and REEF program graduates,” said Hill. “By combining good science with business sense, Ryan is already making a big contribution toward a carbon-neutral economy.” 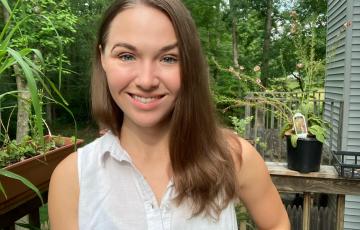 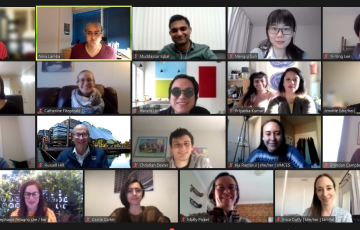 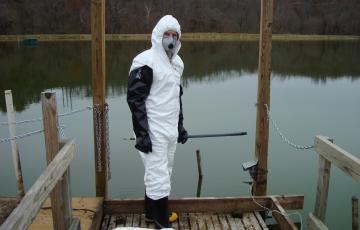 Optimizing the cleanup of contaminated sites with a new grant