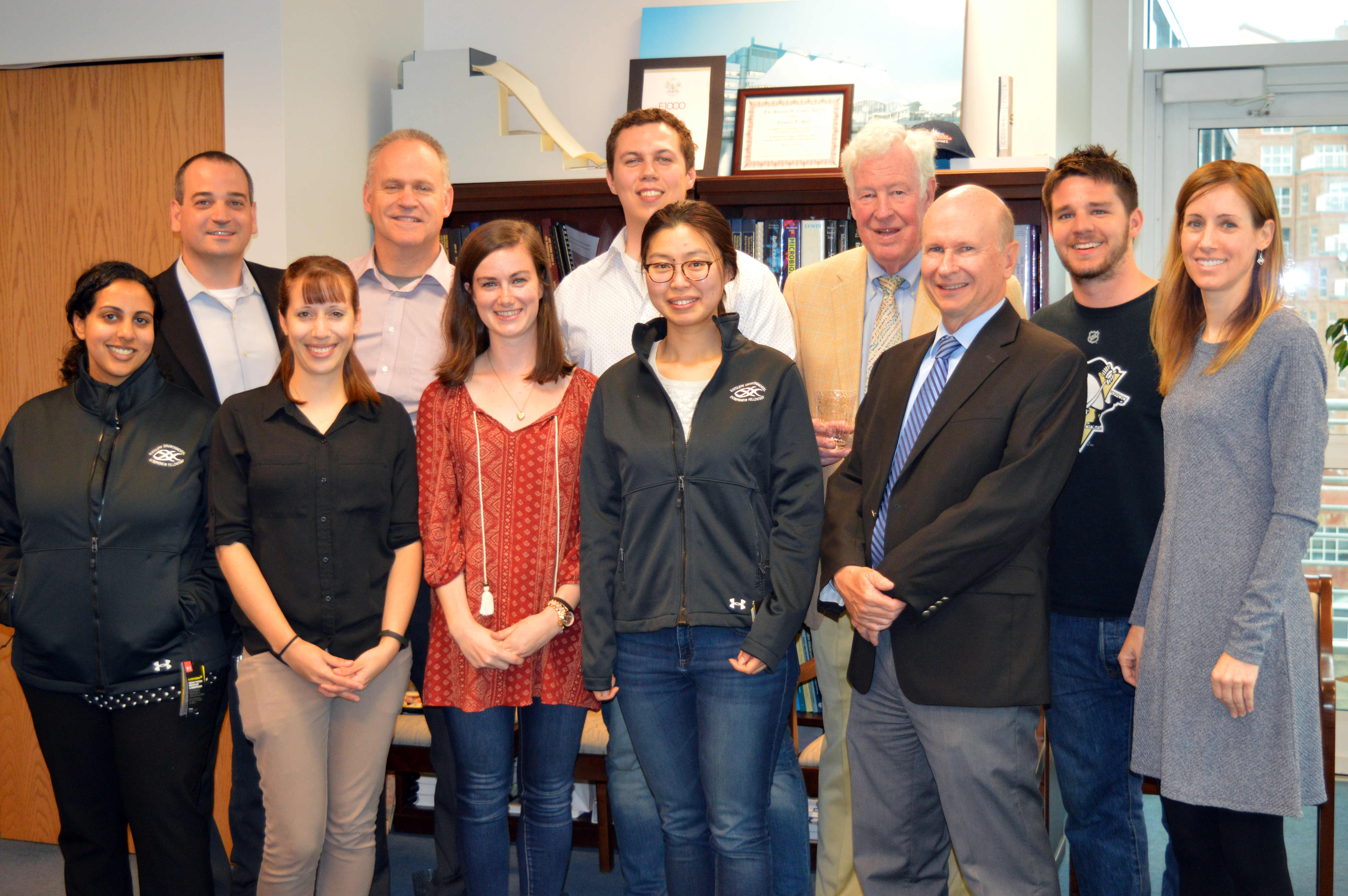 Ryan Powell had an inkling early on that he could start his own business.

As a graduate student at the University of Maryland Center for Environmental Science, he developed technology for harvesting algae, an achievement that not only resolved a long-standing problem in making algal biofuels, but also gave him the foundation for his future company.

“What I didn’t want to happen was to develop this technology, publish a paper, and then just hope somebody would pick it up and do something useful with it,” Powell said. “I really wanted to see this technology do good in the world.”

There was just one problem: Turning his scientific success story into full-fledge business wasn’t part of his graduate school training.

Powell was able to find all the tools he needed in 2014 when he participated in the Ratcliffe Environmental Entrepreneurs Fellowship (REEF) program at UMCES’ Institute of Marine and Environmental Technology (IMET).

With the lessons he learned from REEF, he built the business he runs today, Manta Biofuel. The  Baltimore-based company grows and harvests algae to produce a renewable and carbon neutral crude oil that could be used in jets, trucks, and cars.

Every year, IMET hosts the REEF program to teach a select group of students how to think about science with a business perspective. Over the course of a year, participating graduate students will create and develop a business model based on scientific research.

They aren’t required to start a company like Powell did, said Nick Hammond, assistant director and associate vice president for economic development and REEF program instructor. That isn’t the point. The goal is for the students to gain skills beyond what they might get in a lab, such as financial planning and simplifying their science to explain its impact to potential investors.

“One in 10 graduate students today will find themselves on the tenure track, which means they’re not trained for anything else,” Hammond said. “They need to understand how to communicate their research outside the academic environment. This just enables their career no matter what direction it may go.”

The basics of business

Eight students participated in the REEF program for the 2016-17 year. The students met monthly to hone their idea with guidance from Hammond and mentors, such as chief executive officers and local entrepreneurs, who offer real-life experience.

“It was more of an interactive, discussion-based experience, which I think helped me learn more about how to develop a product and start a business than lectures would,” she said.

Lessons were catered to the individual, too, Marvel said.

“Each business topic we discussed was discussed in terms of each person’s individual product idea so that the lessons were personalized and able to be put into a real-world context,” she said. “Even someone like myself, who has no previous background in business or economics, could understand the concepts and apply each lesson to our own project ideas.”

The students are taught to consider every avenue from intellectual property and regulatory issues, to marketing and manufacturing, to determine as early as possible if an idea is commercially viable, financially feasible, and meaningful to society, Hammond said.

“The idea is to kill ideas fast so you don’t spend a lot of time and resources on an idea that wouldn’t have worked,” he said. “Why research this if it’s never going to have a meaningful result in society? Basic research is fine, but you have to think about these concepts as you decide which questions to ask and pursue in the lab.”

At the end of the program, the students pitch their business plan to a panel of local investors who serve as judges that can offer the students praise and advice. The top three pitches win a non-monetary prize.

Larkin is an UMCES graduate student who studies under her adviser, Al Place, at IMET. She uses zebrafish as a model species to research diet and inflammation and ways to mitigate inflammation.

For REEF, she imagined a business around the horseshoe crab. She proposed using the facilities at IMET to aquaculture horseshoe crabs because their commercially valuable blood helps test the safety of several biomedical products, including vaccines. She named her business Blue Blood.

This was Larkin’s second year in the program, which allowed her to build on the skills she had learned previously, but she said she still found new lessons to learn.

“One of the most challenging aspects of the program is learning to speak boldly about ourselves, our research, and our business proposals. Many of us are the quiet, introverted, science types,” she said.

That’s the exact type of character that stands to gain the most from REEF, she added.

“It is unlike anything else a typical graduate student will experience, and much different from a job interview,” Larkin said. “You have to be confident and succinct. We are taught that the first 30 seconds of the pitch is critical. You need to attempt to establish a personal connection to the investor panel and even evoke a little bit of emotion, if possible, to garner their interest and attention.”

Echoing Hammond, Larkin said it’s important for graduate students to be aware of and prepared for alternative career choices.

“Whether one is managing a university laboratory, working for a company, or launching a business, the concepts taught in REEF are all applicable,” she said. “For those who will remain on an academic track, they will likely pause and consider the patentability of research discoveries before going public with their findings.”

“I didn’t want to limit myself to learning about one field, such as basic science, but get experience in a number of different career opportunities so that I can make a more informed decision about what path I want to take once I graduate,” she said.

“Because of the quick growth of the salmon, they will reach market size faster and reduce costly food, equipment, and electricity expenses for salmon farmers,” she said. “My aim is to increase the amount of locally sourced farmed salmon available to consumers, because salmon is the second most imported seafood to the United States, and constitutes a huge expense that can be saved by raising more local salmon.”

The product mirrored her research as a graduate student under Yonathan Zohar at UMBC. Marvel uses reverse genetics to determine the functions of genes that code for neuropeptides—which are proteins found in the brain and are conserved from fish to humans.

McDonald, a UMBC graduate student who works under Hal Schreier at IMET, planned a business that combined two of his passions—science and art.

He developed scientific kits and school curriculum through the REEF program. One of his products is a bacterial painting kit.

“For this product, I will take advantage of the natural diversity of pigmented bacteria and metabolites they produce to generate a ‘living pallet’ of colors they can create and draw with,” said McDonald, an environmental microbiologist familiar with cultivating and isolating bacteria.

“I think through the integration of art and science we can make science more engaging,” he continued. “It has been shown that scientific engagement at a young age is critical for facilitating and maintain interest and literacy later in life.”

The REEF program started in 2014 with a three-year $600,000 grant from the Radcliffe Foundation. The grant was renewed through 2020.

The program pools graduate students from UMCES; UMBC; and University of Maryland, Baltimore, but has been restricted to only those based at IMET.

Hammond plans to expand REEF to include students based at UMCES’ other laboratories, which include Appalachian Laboratory in Frostburg, Chesapeake Biological Laboratory in Solomons, and Horn Point Laboratory in Cambridge, starting this fall.

Hammond said students who go through the program can apply for a stipend and if they get it, they are encouraged to return a second year to help the first-year students. Accepting a stipend also requires the student undertake an externship.

Hammond helps them imagine their future and then connect them with an institution that would advance their career, whether that’s a small engineering firm or the National Aquarium, where Larkin is completing hers.

“This is another way to help diversify their skillsets and make them well-rounded individuals,” Hammond said. 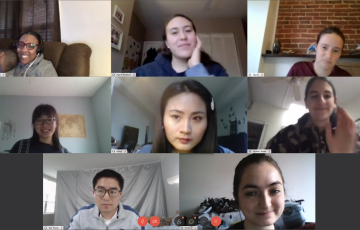 Overcoming writer's block together (and apart) 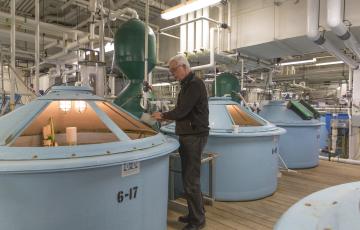 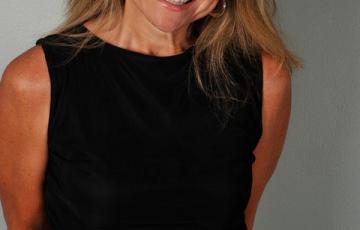