Yufeng “Freddy” Jia, a Graduate Research Assistant in the lab of Dr. Feng Chen, recently returned from a research cruise near Hawaii, where he worked with his labmates to collect samples that will help them understand the microbes that live in open oceans – and the role those organisms play in global nutrient cycling. Freddy first became interested in marine science as an undergraduate at the University of Miami, after a friend encouraged him to switch from a biology to a marine biology major. He is now going into his third year of graduate school at the University of Maryland.

As an undergraduate, Freddy had a chance to participate in a research cruise, but the most recent trip was much longer and more intensive. Reflecting on the process of doing science at sea, he remarked on the challenges of swiftly working together as a team to collect samples aboard a constantly moving vessel. The researchers on the cruise were getting samples from different depths using a device called a CTD, which can dive to the bottom of the ocean to collect samples. After reaching its final depth, the CTD slowly returns to the ship and the members are then able to study their samples. This routine is repeated at least seven to eight times. Sometimes the ship could become chaotic as everyone rushed to get their samples and start their research. Freddy said, “You have to be coordinated – you have to be working together as a group.” As the trip went on, the team developed and found ways to work smoothly and efficiently.

While the cruise in Hawaii was primarily focused on science research, there were some other unexpected and enjoyable elements to the trip. Freddy recalled how each night the lab members and crew would gather on deck to watch the sun set over the water. In addition, there were many games and movies available to watch. One thing the ship lacked was internet, which had its advantages. During break times in his room, Freddy was able to continue his writing for his manuscript.

While the excitement of the cruise is over, there are now many new samples to be used for future research. Freddy is already working on research that utilizes samples collected form a past research cruise in the Atlantic. With water samples containing microbes and nutrients collected, he’s observing how cell counts and species of microbes change over a year and half experiment. This project, and future projects using samples from Hawaii, will contribute to an improved knowledge of how vital nutrients cycle through the ocean environment. 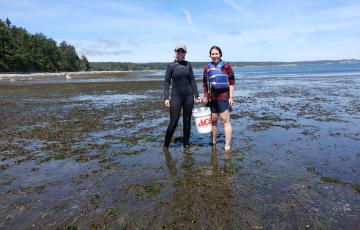 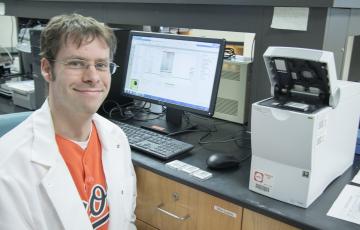 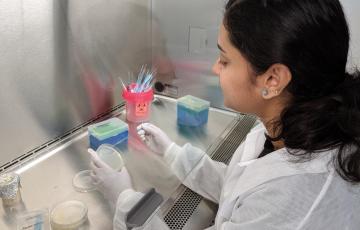