Victoria Laye is interested in life that survives in Earth’s most extreme conditions. For her Ph.D. in the lab of Dr. Shiladitya DasSarma, she is studying a microbe that is found in Antarctica, preferring subzero temperatures and high-salt environments. Specifically, she wants to know how its proteins function at such low temperatures. This work contributes to our fundamental understanding of proteins and also could hold clues about life on other planets.

The microbe that Victoria is studying is a type of haloarchaea. Halo- is a Greek prefix salt and archaea is derived from the Greek word for ancient, meaning that this is a very old organism that lives in salty environments. Specifically, she is studying the protein β-galactosidase, often called beta-gal, which is present in most organisms. By studying such a common protein, she can compare how it functions for her Antarctic sample and for other organisms that are not cold- and salt-adapted.

Her lab work consists of making changes to the building blocks of beta-gal, swapping out individual amino acids. She then compares her lab-edited protein to the wild-type. Driving her work is the question, “What changes are there in a cold-adapted protein versus a non-cold-adapted protein that make it able to function at low temperatures?”

Victoria’s research could help fill in some basic knowledge gaps about how proteins function. It could also be used to create more energy efficient manufacturing processes. For example, trypsin is an enzyme that is used in baby food to pre-digest the product. Normally, trypsin functions best at relatively high temperatures. If, however, we could alter trypsin to function at low temperatures, the process could be conducted with less heat – and less energy.

Another possible application of Victoria’s work and other research in the DasSarma Lab is to provide clues about where in the universe other life may exist. Since most of the universe is much colder than Earth, cold-loving organisms like the one Victoria studies could help us better understand where else conditions for life exist. Victoria said, “This research gives us a better understanding of how life is able to function in those extremes, which broadens our understanding and our ability to look for life on other planets, where those extremes are the norms.”

Research on extremophiles, organisms that live in a variety of extreme conditions, are increasingly being used in the search for extraterrestrial life. One technique, advanced by work in the DasSarma Lab, involves searching the distant sky for different colors. Extremophiles create a range of different pigments, including reds, pinks, and purples, so those colors might indicate extremophilic life. The pigments can also be beautiful, quite unlike colors we typically see in nature.

The beauty of halophiles was actually one of the things that drew Victoria to this lab and project. She says she got lucky finding the DasSarma Lab. She was connected to IMET by a friend and started interning right after graduating from St. Mary’s College of Maryland. “The first thing that I did in the lab was take pictures of salt crystals with haloarchaea inclusions.” One of these photos was included in a paper that Dr. DasSarma published shortly after Victoria first started working with them. Soon after, Victoria started working on her current project examining beta-gal, and it has been a perfect match. It has been a fascinating project and has provided her with lab skills that are widely applicable in the sciences. She has loved working in a lab and plans to make a career of it. Her lab skills give her many options to continue on to a postdoc or industry position.

Learn more about research in the DasSarma Lab by watching their public lecture, “Evolution & Survival of Ancient Microbes: Deep Underground, Above Earth’s Atmosphere, and Possibly on Mars.” 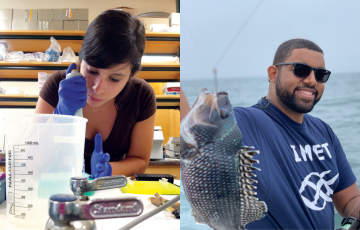 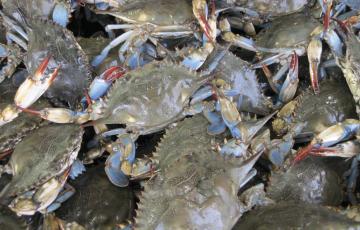 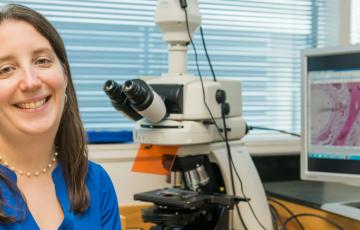